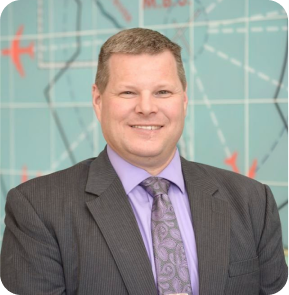 MBS International Airport is directed by James Canders, who joined the airport in 2018 as assistant airport manager, and was named the airport director in 2020. After graduating from Daniel Webster College in Aviation Management, he served four years in the US Army. He began his career in airport management in Albany, New York followed by various roles in operations and administration in Grand Rapids, MI, Baghdad, Iraq, Battle Creek, MI and Bangor, ME before coming to MBS.

The airport employs 25 staff members in a variety of positions, including administration, maintenance, ARFF and operations.

No archives to show.

Putting the world outside your door.

No comments to show.